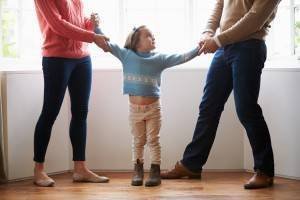 The McLendon standard “provides that the parent seeking to modify a previous custody award must demonstrate that a material change in circumstances has occurred such that a change of custody would materially promote the child’s best interests and that the benefits of the change would offset the disruptive effect of the change in custody.”

The Couch standard, otherwise referred to as the “best interests of the child” looks to what is in the child’s best interest.

How to Decide Which Standard Applies

If this is the initial custody determination, or someone with joint physical custody is seeking to modify child custody, then the Couch standard applies.

If the divorce order gives either parent primary physical custody, then the McLendon standard would apply and the party seeking modification would have to prove that:

This publication is meant for informational purposes only and is not intended to be legal advice. You should consult an attorney for information of how this applies to your particular situation.

How Can I Get A Criminal Charge Expunged?
Learn More

Alabamians can now get a will, durable power of attorney, and health-care proxy by an Alabama licensed attorney for $300.00
Learn More

Discover how we can help.